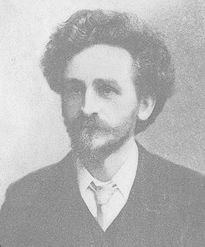 The book, As A Man Thinketh, has inspired millions around the world and been a major influence in the self-improvement industry.

The author, James Allen was born in Leicester, England in 1864 and worked as a personal secretary for an executive of a large English corporation until 1902. At the age of 38 he retired to writing and moved with his wife to a small cottage at Ilfracombe, in Devon England. He wrote more than 20 works before passing away suddenly at the age of 48.

As A Man Thinketh, has influenced many contemporary writers including Norman Vincent Peale, Earl Nightingale, Denis Waitley and Tony Robbins, Shad Helmstetter, and others.

As A Man Thinketh was James Allen’s second book and the work which is most popular today.

The work may arguably be said to have started the modern self help genre. It is a classic with timeless wisdom which is a useful today as it was in 1902 when it was first published. The language is filled with instructions and hints on how to master the ship of destiny and plot a course to arrive at that place where we, in our hearts and our thoughts, wish to arrive.

Download and listen to this audio presentation of James Allen’s, As A Man Thinketh!
This audio program Copyright © 2007 by Gene Wilson and talktoyourself.com.

33 thoughts on “As a Man Thinketh Audio MP3 Free Download”

Change Your Self-Talk, Change your Life!